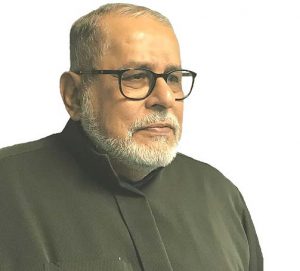 He has had an authentic and genuine life experience from poverty to financial independence. He empathises with abject poverty in the community. As an 18-month old orphan he lived an impoverished life. His fledgling years were spent helping his widowed mother sell home-made food. From his late teens, he and his brother prospered in joint businesses by the blessings of the Allah (SWT) – generously giving back to the Community.

Recognition: Husseini Medal for the Somalia Rescue from Africa Federation Award for Selfless and Dedicated Service from Nairobi Jamaat

In summary, he has served our global community in the following capacities:

1987 – 1992 Chairman of Nairobi Jamaat, during which time they acquired land in Lavington at no cost to the Jamaat for the development of the Mosque (fully financed by the Rashid family), Imambargah, School and Sports Club

2016 to date Head of Seniors Network Desk at CoEJ