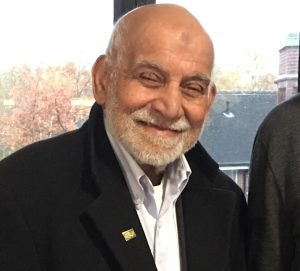 I would like to be the President of the WF because I think my extensive experience working with Muslims and people of other faiths across the world has given me a unique insight into the real challenges that communities like ours face. My biggest goal is to build bridge between our community and people of other faiths using the Qur’an, as the Qur’an is a best source of information to unite and guide us as a community.

I see my greatest accomplishment as my ongoing effort to reach out to the world in order to educate people about the Islam through the gift given to us by Allah swt – The Qur’an. I founded Tahrike Tarsile Qur’an, Inc., a non-profit organization which publishes and distributes Qur’an and Islamic Literature, over 30 years ago. To date we have published The Qur’an in more than 40 different editions of The Qur’an and over 50 other Islamic titles and children’s books. We have distributed over 2 million copies of the Qur’an to bookstores, universities, Islamic centers, prisons, healthcare facilities, Seminaries, government officials and agencies across the globe.

On behalf of TTQ, I attend literary and religious meetings all over the world where I exhibit Qur’ans and Islamic Literature, most of the time we are only one of two or three organizations amongst hundreds representing Islam. These events include but are not limited to Book Expo America, Book Expo Canada, Boy Scouts of America Jamboree, The London Book Fair, American Academy of Religion, Middle Eastern Studies Association, Frankfurt Book Fair, New Delhi International Book Fair, Tehran International Book Fair, Sharjah Book Fair, etc.